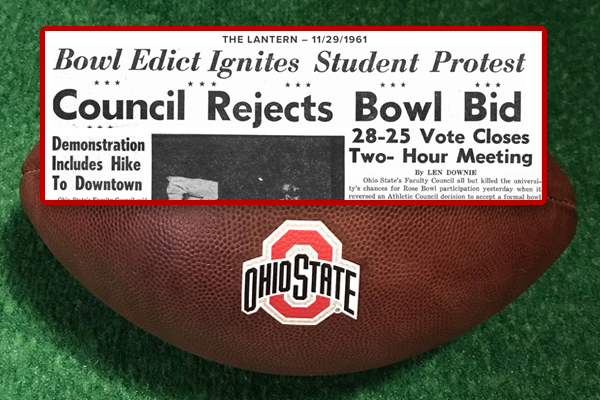 Todd Jones, senior writer for the Ohio State Alumni Magazine, and Bill Shkurti, adjunct professor at the John Glenn College of Public Affairs, mark the 60th anniversary of this unprecedented series of events with a retrospective look at the 1961 season. Using vintage photos and other items, they’ll review the season, the decision not to go to Pasadena, and the university’s efforts to heal after such a divisive episode.